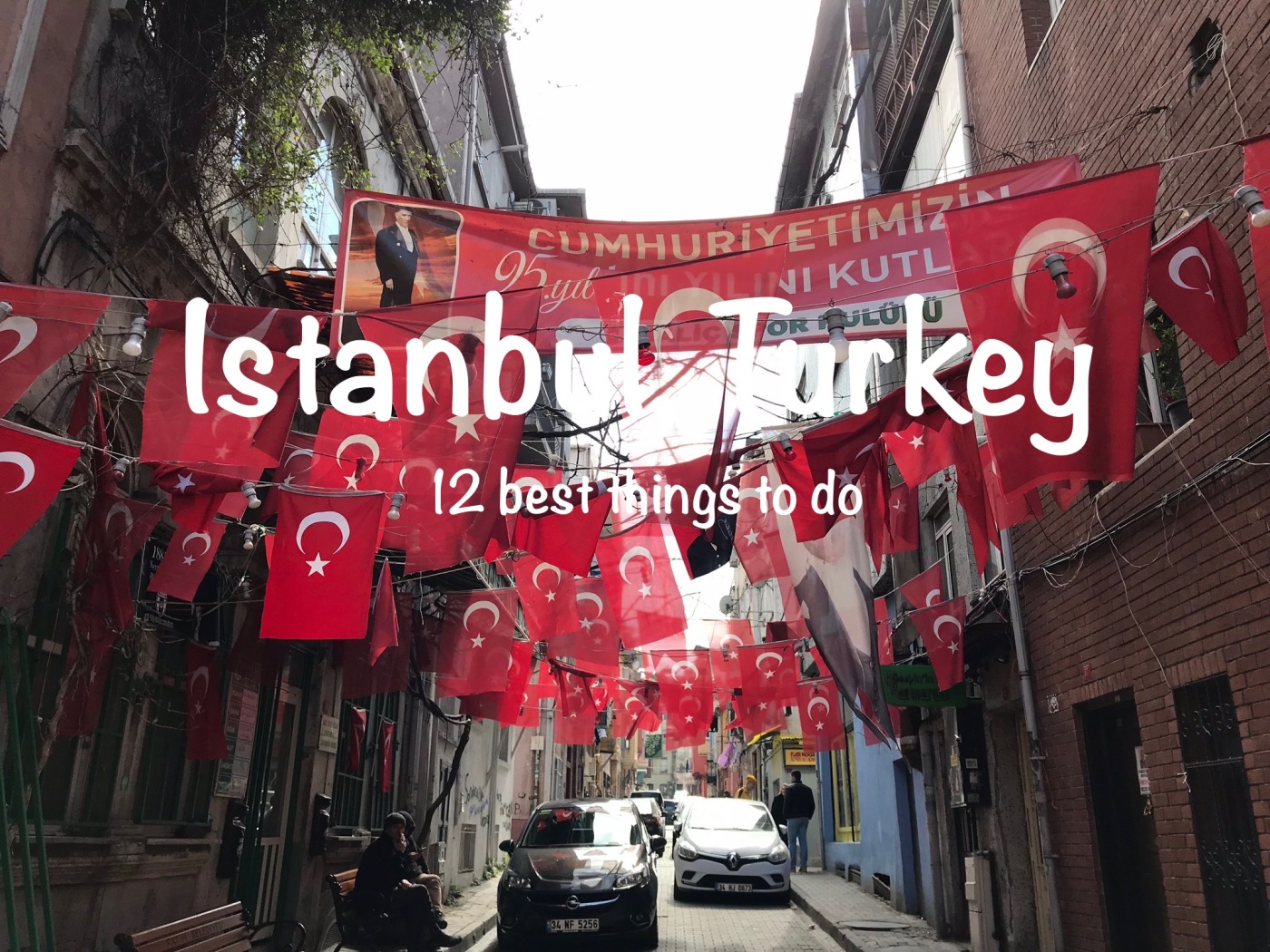 Istanbul, Turkey is one of the most jam-packed cities in the world, overflowing with beautifully designed mosques and bazaars full of vibrant, colorful spices. There are restaurants serving the most delicious Türkish cuisine, street vendors roasting chestnuts and preparing warm simits right in front of you. These are just some of the parts of Istanbul that make it so special. But that’s not all…

The Türkish are also some of the most hospitable people in the world. We stayed in a building with the sweetest old lady that didn’t speak a word of English, but she checked up on us daily and made sure we were enjoying her city. Her kindness made us feel so welcome in such a foreign place.

There is such much to explore in Istanbul, but this blog post will cover just 12 of my favorite things to do in the city. My family and I visited for 3 full days, but we would have loved to stay for even longer.

Istanbul, Turkey – 12 best things to see and do

The Blue Mosque, also known as Sultanahmet Mosque to the locals, is one of the world’s most incredible and intricate mosques. Built by Sultan Ahmed l in the beginning of the 1600s, the Blue Mosque got its name from all of the blue-tinted tiles covering the walls and ceiling. Unlike most mosques that have either 1, 2, or 4 minarets, Sultanahmet has a staggering 6, making it super special.

We visited the Blue Mosque with a tour guide so that we could understand all of the history behind it. Not only did we cover history, but we learned about all of the customs of Islam. We were taught about how to pray, what pilgrimages to Mecca are like, and different values of the Muslim culture, based on our tour guide’s knowledge.

The globally well known Hagia Sophia Museum is another one of Istanbul’s treasures. At almost 1,500 years old, Hagia Sophia has been destroyed, repaired, and changed many times and has gone from being a church to a mosque, and is now, newly a museum.

Ayasofya, the name of the museum to the locals, is right across the street from the Blue Mosque, making it very convenient to visit both. Inside the museum, stunning mosaics cover the walls, as well as aged tile work. I had seen so many photos of the mosque on the internet and in books that it was amazing to finally visit it in real life.

For those of you who do not know what a hammam is, it is a Türkish bath where a therapist will rinse you with hot water, and then massage you with bubbles on a warm marble slab… also known as the most relaxing thing ever! Surprisingly, I’m not the biggest fan of massages, but I literally couldn’t get enough of the experience at Ayasofya Hürrem Sultan Hamam (I begged and begged for my mom to take me again!)

Opened in 1556, this hammam resembles Ottoman Empire architecture and gives us an idea of what a spa would have looked like back in the 16th century. It is absolutely beautiful. A visit to the Ayasofya Hürrem Sultan Hamam is certainly mandatory while in Istanbul.

In the Ottoman Empire, the Topkapi Palace is the place where all of the sultans grew up and resided. It was really nice to walk through all of the royal rooms and learn about life as a sultan during the Ottoman Empire. The mosaics all over the walls and ceilings were especially beautiful, as well as the view from the edge which looked over the Bosphorus. We got to check out a few rooms filled with ancient things such as clocks, knives, guns, armor, clothing, swords, and much more. 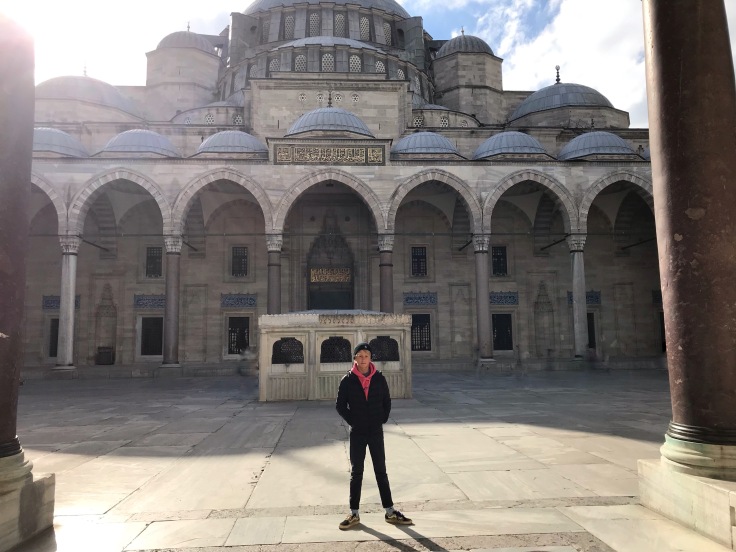 The Grand Bazaar, as all of you may know, is a very popular sight in Istanbul, and is famous around the world. This bazaar is special because it is one of the oldest and biggest bazaars in the world – it covers 61 streets in Istanbul! The Grand Bazaar is so huge and hard to navigate, that even the locals get lost in it. It is a really cool place to walk around and look through expensive gold, rug, and food stores, as well as traditional mosaic shops and more.

The Grand Bazaar opens at 9:00 am every day of the week except for Sunday, which is the one day it is closed. Even though it’s highly touristy, you should make sure to check it out while in Turkey.

Located just down the street from the Süleymaniye Mosque, Istanbul’s famous spice bazaar is an attraction you can’t miss. It is the second largest bazaar behind the notorious Grand Bazaar, though it is just a few streets. Unlike the Grand Bazaar, the Spice Bazaar doesn’t have any shops selling fake, trashy clothes. Instead, you will only find amazing spices, Turkish delights shops, meat and olive stores, and more great snacks.

The Chora Museum is a preserved Byzantine Greek Orthodox church in a really cool area of Istanbul. Though it has been rebuilt and torn down countless numbers of times, the original building was created in the 4th century. Now, only parts of the church from back then still exist, while most of the architecture is from the 11th century.

Inside the museum (which is what it’s now referred to as), the walls are covered in extra intricate mosaics of Jesus and more biblical figures. The inside was absolutely incredible and really made us feel like we were in Rome all over again. 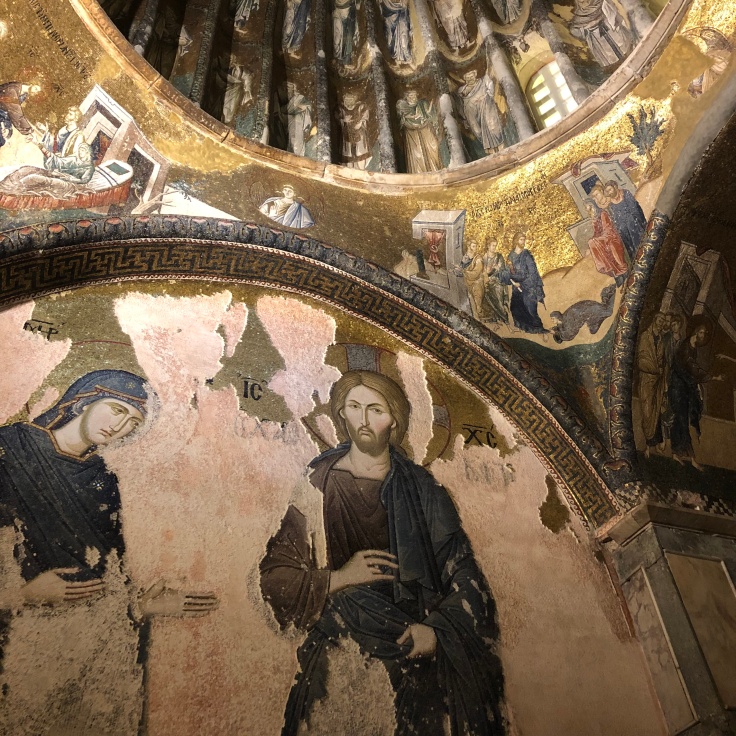 The Bosphorus River is a strait separating the European and Asian sides of Istanbul and eventually leads into the Black Sea. We took an hour tour down it and back, learning about everything we were passing, and enjoying the beautiful view from the boat. Inside our ferry, there was a guide teaching us all about each sight we passed, including many famous palaces, mosques, and bridges. 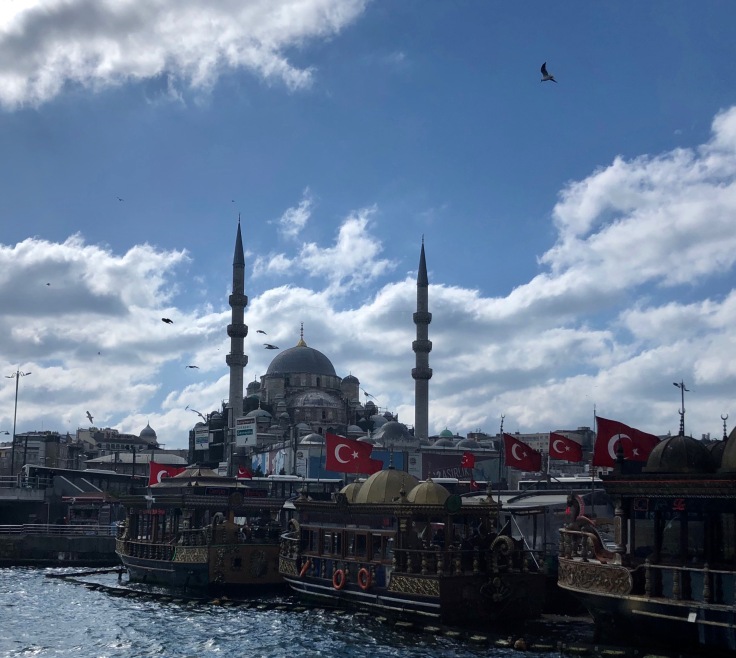 Wherever I travel, I love a good lookout over the city. I don’t know why, but gazing over all of the streets, houses, and markets from above is so fascinating to me. In Istanbul, Galata Tower is certainly the best bird’s eye view. The beautiful medieval stone tower overlooks the Bosphorus, as well as pretty much all of the densely packed city. Visiting and climbing up to the top of the tower is a must-do while in Istanbul, and the area around it, Galata, is really fun to walk around! 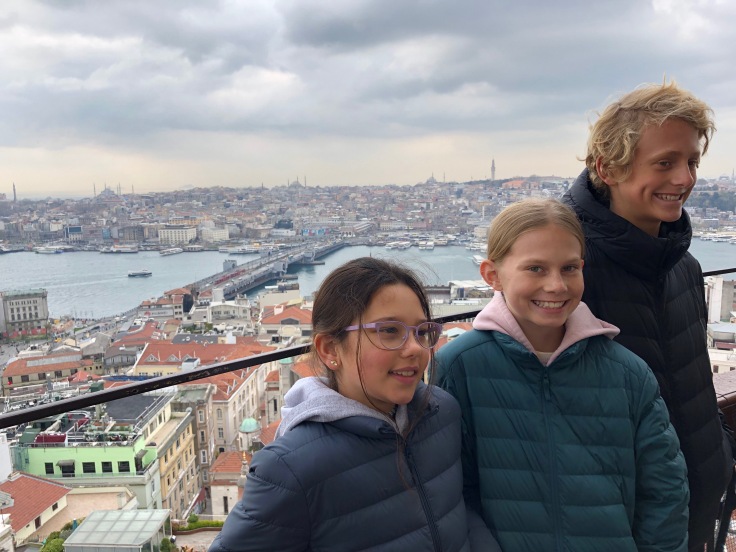 Karaköy is where it’s happening in Istanbul, to say the least. This upbeat, funky neighborhood is a great place to walk around on your visit. Whether you are just strolling down the cobblestone streets or popping into small, family-run boutique shops, the neighborhood will have you in awe. Walking down the roads, you will notice a mix between an Ottoman-era and street art vibe, because it is the place where many new artists are housed.

Luckily for us, when we were in Istanbul, our good family friends who are locals showed us around. Not only did they teach us about the history of the city, but they led us to some really cool, non-touristy areas. We ended our day with a walk around the nice, upscale area, Bebek, which is an area most tourists would not visit. The neighborhood is located on a bay and was perfect for riding bikes at sunset. I really enjoyed exploring Bebek and I am sure you would too!

Scattered around Istanbul lie several hundred cisterns underneath the city grounds. Of those several hundred, the Basilica Cistern is the largest in size. It was built in the 6th century. It was constructed in the ancient Greek and Byzantine architectural style and was able to hold up to 100,000 tons of water. Walking through the dimly lit cistern was something I really enjoyed, so definitely add this stop when you are visiting Topkapi Palace. 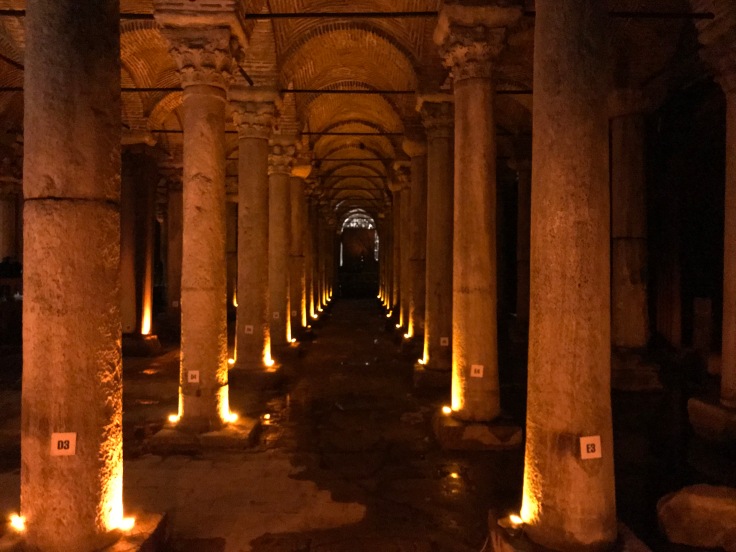 Istanbul, Turkey – 12 best things to do